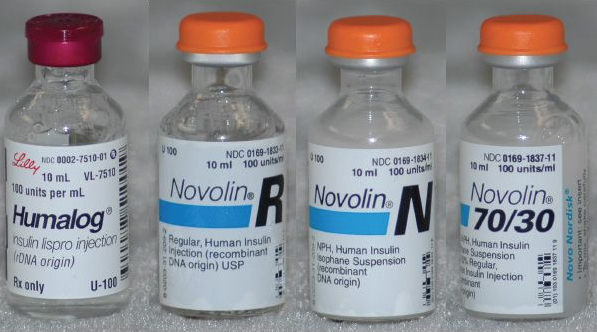 Medicare Prescription Drug Plans that are sold by private insurance companies in Medicare Advantage Plans and stand-alone Part D plans for people with Original Medicare and Medigap plans are funded largely under contracts with the federal government using taxpayers funds.

Here’s are 3 things in the fine print you need to know.

1. The new pre-election announcement of a “Part D Senior Saving Program” that lowers your out-of-pocket co-payments for insulin, doesn’t begin until January 1, 2021 and doesn’t include the millions of Americans who use insulin every day but are not on Medicare.

2. The progam is optional for government-funded Medicare plans to participate in and the specific insulin that your doctor prescribes for you may not be included in the plan that you select.

To illustrate, in the upstate NY, we have 30 Medicare Advantage plans offered by 5 different insurers. However, in reviewing the details of their plans, only Excellus BCBS and United Healthcare have chosen to participate in this special option that will benefit seniors and disabled people who need insulin to live.

The other insurers who sell federally subsidized Medicare plans but chose not to participate in this insulin option include: Aetna, Wellcare and MVP (a regional insurer).

In drilling down deeper into the participating plans of Excellus and United Healthcare, a few other differences were noted.

Excellus: offers 5 Medicare Advantage plan that have monthly premiums ranging from $0 to $255. However only the three of the higher prices plans ($79, $157 & $255/mo.) are participating in the savings program. The two plans with either $0 or $39 monthly premiums are excluded.

By comparison, individuals who enroll in one of the three higher priced Excellus plans will not be subject to a deductible and will pay $25 a month/ $60 for 3 month supply of insulin from a preferred pharmacy.

United Healthcare: offers 4 plans with monthly premiums ranging from $0 to $79 a month. All of their plans include the insulin saving plan with an insulin cost of $35 a month/$95 for 3 months from a preferred pharmacy until you enter the catastrophic phase of medication expenses.

Finally note….always confirm that all your health care providers participate in any health insurance plan you are considering and that the medications that your doctor and you feel work best for you are also included in the plan’s formulary.

And, don’t be distracted with the marketing of $0 premium plans and extra free benefits that you may never qualify for or use. Spend some time shopping and comparing plans based on your most critical health care needs and the cost you’re likely to experience in the coming year.

There are two common problems that I see with clients….some are gamblers and they are under-insured even when they can afford to be safer.

And there are others that are too complacent and continue to stay with the same insurer/plan for 10 plus years even when their needs and income have changed. They are spending too much on insurance and don’t have enough money for other basic needs.

Look at the options that are available to you and make a choice that allows you to sleep at night. 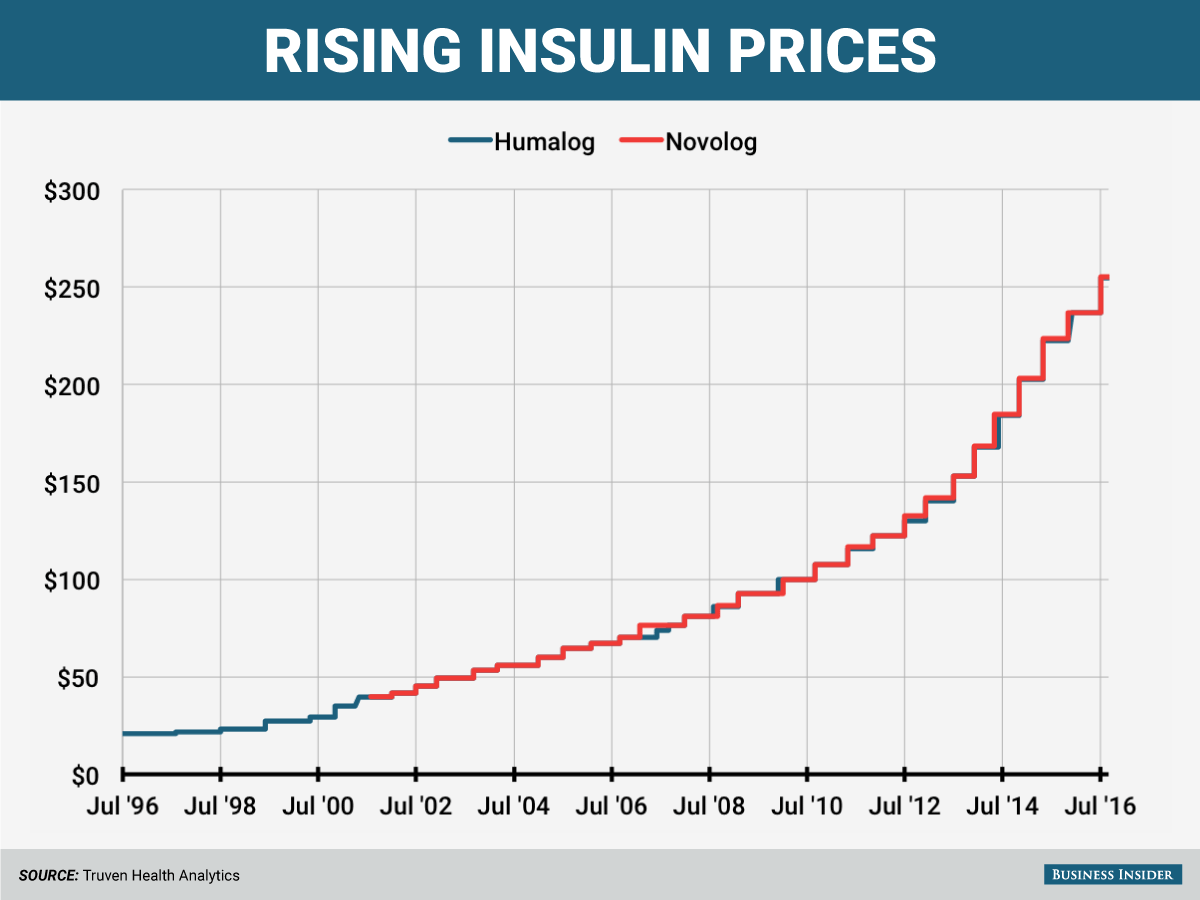 Sanofi, Novo Nordisk and Eli Lilly, who manufacture and sell insulin under the brand names of Lantus, Levemir, Novolog and Humalog, were accused of a price fixing scheme that resulted in excessive price increases to diabetic patients who desperately need insulin to live.

Hagens Berman filed this nationwide class action lawsuit on January 30, 2017 in the US District Court in Massachusetts. The lawsuit alleges that Sanofi, Novo Nordisk and Eli Lilly committed fraud and illegally raised the price of insulin by over 160% in the last five years for millions of diabetic Americans.

Hagens Berman further alleges that the pharmaceutical companies created fictitious list prices that were enormously higher than the actual prices that they negotiated with drug distributers that are known as “pharmacy benefit managers”.

This lawsuit seeks reimbursement from these drug manufacturers to diabetic consumers who were victims of this scheme. To learn more and/or participate in this class action lawsuit go to https://www.hbsslaw.com or call 888-381-2889

According to the Centers for Disease Control and Prevention – CDC , diabetes is a serious disease that affects 30 million Americans with another 86 million individuals who have elevated glucose levels that are considered pre-diabetic.

Diabetes can progress to become the underlying cause of other costly, disabling and deadly conditions such as cardiovascular diseases, damage to the brain, eyes, kidneys, nerves and result in lower limb amputations.

Diabetes accounts for 4.6 million deaths worldwide and is the 7th leading cause of deaths in the US.

While the cost of treating diabetes and death rates varies considerably among counties, the US leads all other countries with $322 billion annually in direct and indirect costs.

By comparison, the United Kingdom, Japan and Norway have consistently had the lowest death rates due to diabetes over the past five decades and spend only a fraction of what the US does.

Why does the US Spends so Much and Get Such Poor Results?

The answer is simply because pharmaceutical companies, insurance companies and health care providers make billions of dollars with this costly, inefficient and ineffective method of selling, paying and delivering health care in the US.

According to the Center for Responsive Politics – open secrets , the pharmaceutical and health products industry employs more than 3 lobbyists for every member of Congress; spends about $1.2 million lobbying every day Congress is in session. It has also created a career path for loyal Congressional and federal employees to become well-paid private-sector pharma lobbyists.

Hundreds of million dollars are spent each year on lobbying and contributing to House and Senate members to maintain this monopoly and the industry’s control in setting their own drug prices, unlike the rest of the world.

Pharma’s huge profits occur at the great expense of taxpayers, employers and individuals with diabetes who experience the physical, emotional and financial pain and suffering.

Negative Impact of High Health Care Costs on the Economy

Health care spending in the US far exceeds that of other countries. It consumes 50% more of the economy than other countries. And, high health care expenses have a negative effect on patients, employees, employers, city, county, state and federal governments and the taxpayers that pay higher taxes for this efficient and ineffective system.

High health care expenses increase the cost of everything that is made in America and makes them less competitive to imports that don’t include high health care costs. High medical and drug expenses have resulted in decades of double-digit insurance premium increases, wage stagnation, high personal debt, medical bankruptcies, growing government deficits, higher taxes, the collapse of the middle class and a weaker US economy.

Price Waterhouse Cooper – PwC   in its Pharma 2020 Vision report concludes: “the current pharmaceutical industry business model is both economically unsustainable and must fundamentally change the way it operates.”

Who Pays for Diabetes

The cost of diabetes treatment in the US continues to rise uncontrollably without any corresponding improvement in outcomes. And taxpayers, employers and patients pay the bills.

A study by the Health Care Cost Institute – HCCI, showed that employer health insurance spending on employees (under 65) with diabetes was $15,000 a year or 300% more than for people without diabetes.

And, Medicare spending is astronomical with over $5.5 billion dollars being spent on just two diabetes drugs- Januvia and Lantus insulin in 2014.

It Doesn’t Have to be this Way

The most troubling fact is it doesn’t have to be this way. Diabetes is not a rare, deadly infectious disease or an aggressive, deadly form of cancer that can’t be treated. And, no other country in the world allows drug companies to charge these exorbinate prices or regulate and require them to disclose more clinical testing and drug cost information.

Diabetes is a relatively easy to diagnose, monitor and treat disease in the majority of cases with appropriate education and interventions. But like other chronic diseases, diabetes has biological, behavioral, educational, care delivery, political and financial dimensions that need to be addressed in order to improve access to affordable and effective treatment.

Politicians frequently campaign on the need to cut wasteful government spending. However, after elected, they protect their sacred cash cows that finance them. They place their political and financial self-interest over the needs of millions of Americans with serious and disabling conditions to have access to affordable and effective health care including prescription drugs.

Numerous studies and reports have indicate that the US wastes hundreds of billions of taxpayer, employer and patient dollars that can be saved by:

The excessive financial burden placed on patients with serious and chronic medical conditions that require costly medications and treatment needs to be significantly reduced in employer-sponsored and ACA Exchange High Deductible plans as well as Medicare plans.

There is no positive relationship between medical care expenses and success in preventing or managing the debilitating progression of diabetes in the US.

The current $322 billion being spent on diabetes with such poor outcomes is not sustainable. For meaningful change to occur, there needs to be major changes in the pricing, financing and delivery of care.

With the entrenched pharmaceutical industry’s interest to maintaining their influence and control over Congress, change will only come about by confronting members of Congress  to determine whether they are for or against actions to lower the price of drugs and medical services, increase transparency and adhere to standards of ethical conduct.

2016 provides an important opportunity for citizens to learn the positions and records of national candidates for President, the House and Senate and elect candidates who will represent the peoples’ interest over their own political and financial self-interest.

You and your family’s life may depend on it.